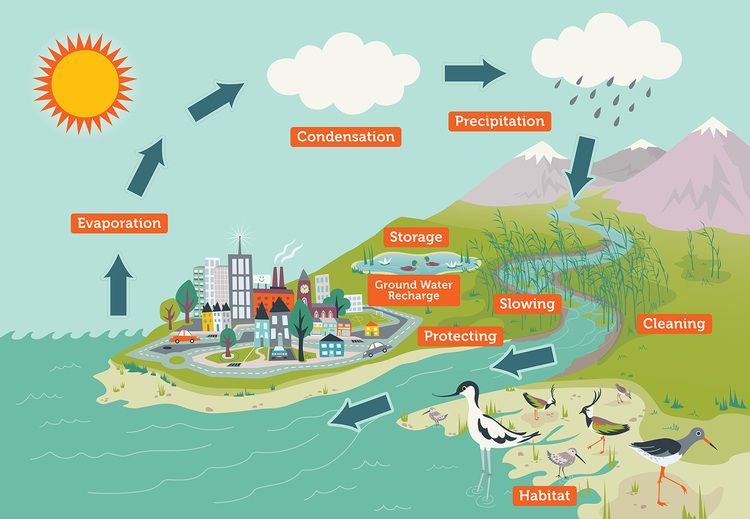 When casting wetlands as dismal, snake-ridden, mosquito-infested places, they seem to serve no useful purpose toward human settlements.

Science, however, presents us with a completely different reality. Wetlands – whether coast marsh or freshwater – play a vital role in maintaining the health of our planet and capturing carbon from the atmosphere. Additionally there are many economic benefits of wetlands, including the potential for job creation. As developers build green cities and strive for net-zero, the simple practice of understanding our land cannot be understated.

In an era where climate change is ravaging our coast lines and extreme weather threatens us daily, wetlands are one of our closest allies. Among the best sources of flood protection on the planet, wetlands act as nature’s sponge, slowing and storing flood water so it can be distributed more evenly. The ability of wetlands to store vast amounts of water is critical to replenishing the natural ground-water supply which remains useful to communities, especially those who rely on well water. When wetlands capture runoff sediment and help control erosion.

In the constant battle to preserve housing on our shorelines, limiting erosion and stabilizing land for human settlements is critical. Their intrinsic value always exceeds the developed value both directly and indirectly. Cities like NY and Boston are creating man-made wetlands along the city’s shores to protect against storm surges and sea level rise. Furthermore, nutrient rich, wetlands are breeding grounds and nurseries to hundreds of species of fish that are the economic foundation for nearly a billion people. 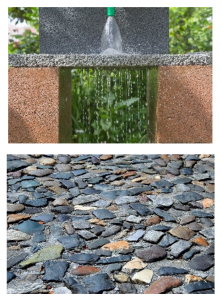 Residentially, we can harness the benefits of wetlands by feeding these systems in small ways without incurring major costs. One way, for example, is through porous materials – like permeable concrete. When roads and sidewalks are constructed, water management can become a major investment and costly to maintain. However, with consideration of natural systems, we can reduce the cost of water management and directed toward natural reserves. Using less dense materials, as seen in the photos on the right, can allow for water to flow freely while still offering the durability required for roads and walkways. If done so properly, these methods can diminish propagation of pests, like mosquitos, add to the aesthetic appeal of a communities, and enhance the long-term value of a development project.

If we are tempted to think that these types of considerations are a luxury, guess again. The United Nations Framework Convention on Climate Change (UNFCCC) estimates that approximately 35 percent of the world’s wetlands have been lost between 1970-2015 and the loss rate has been accelerating annually since 2000. In fact, the UNFCCC asserts, wetlands are disappearing three times faster than forests. These losses of wetlands have multiplied the effects of climate change, drought and spreading desertification.

Wetlands are some of the most carbon-dense ecosystems in the world. Peatlands, for example, comprise just three percent of the world’s land surface, and store twice as much carbon as forests. Yet, our outdated treatment of wetlands continues, and today, the global loss of wetlands is staggering. If developers want to build for the 21st century, we must look to our roots and build with nature first to bring our goals of sustainable development to life.

Do we have to choose between wetlands and affordable housing?

EchoStone believes we can have both. In addition to helping clients make their affordable housing projects more profitable, when we are engaged early, EchoStone can incorporate a ‘design with nature’ approach. Based on the principles of value-engineering, we look to nature to provide the blueprint for human habitation. Our goal is to work with clients to create sustainable low-carbon and resilient communities that have no lasting negative impact on the Earth’s ecosystem. Ultimately, these practices minimize the cost of infrastructure, protect local ecology, and maximize the value of sustainable developments.

EchoStone provides sustainable housing systems that make affordable housing more profitable for developers around the world. To stay up-to-date with the latest from EchoStone, subscribe to our mailing list.